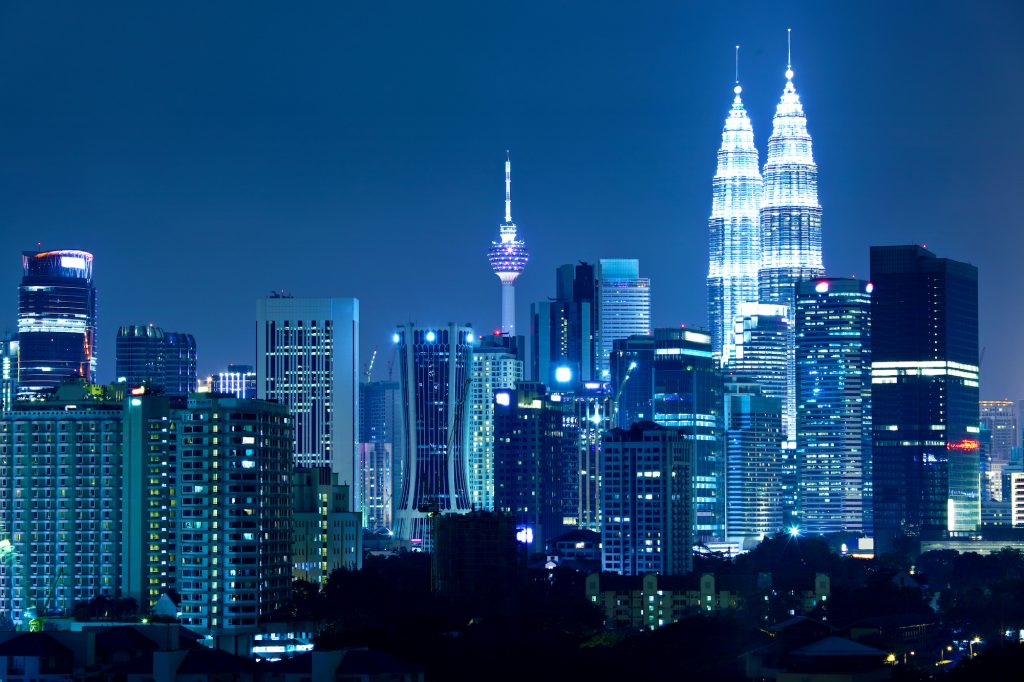 What is the Golden Triangle area of Kuala Lumpur City Centre (KLCC)? A brief overview of prime real estate locations, landmarks and how to get around

What is the Golden Triangle area of Kuala Lumpur City Centre (KLCC)? A brief overview of prime real estate locations, landmarks and how to get around

The Golden Triangle area of Kuala Lumpur City Centre (KLCC) is known as the central business district and the main shopping and entertainment district of the capital city of Kuala Lumpur, Malaysia. Three main roads, Jalan Imbi, Jalan Sultan Ismail and Jalan Raja Chulan, form the borders of the Golden Triangle. “Jalan” or sometimes seen as “Jl” on signs is the Malay term for street. Be careful to not confuse Kuala Lumpur City Centre (KLCC) with the KLCC multi-purpose development, which is also found within KLCC and houses the Petronas Twin Towers, Suria KLCC, KLCC Convention Centre and KLCC Park. 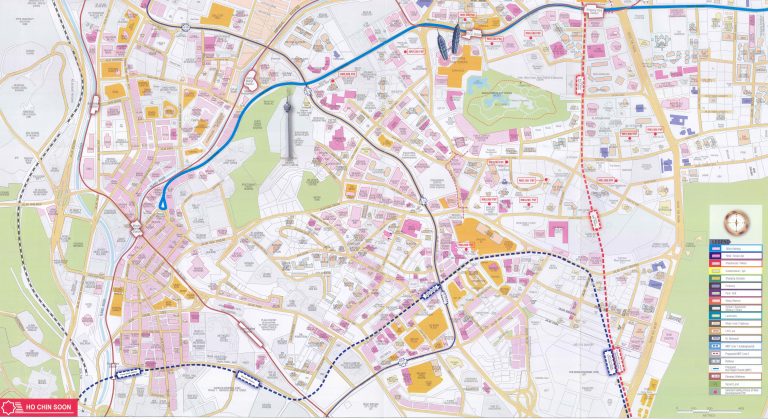 In this article, we touch on key areas, landmarks and ways to get around KLCC:

The highly popular shopping and entertainment street packed with numerous luxury hotels and shopping malls, Jalan Bukit Bintang, is among the most popular attractions within KLCC. Property on Bukit Bintang is considered extremely prime real estate in Kuala Lumpur with convenient access to all amenities.

If you like being in the heart of all the action, we highly recommend that you pick a hotel along Bukit Bintang to stay at. Five-star hotels found along this stretch of land, include the Ritz Carlton, JW Marriott, Westin, Grand Millennium, Park Royal and The Federal Kuala Lumpur. The following major shopping malls are found along Bukit Bintang: Pavilion Kuala Lumpur, Starhill Gallery, Fahrenheight 88, Lot 10 (Isetan department store) and Berjaya Times Square. 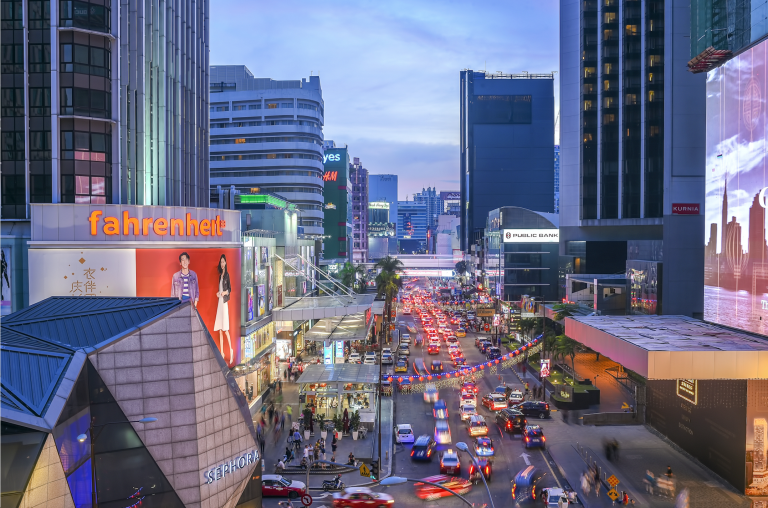 Pavilion is a renowned upscale shopping mall located at the beginning of Bukit Bintang street. The Liuli crystal fountain built at its entrance is the tallest of its kind in Malaysia and is considered a national landmark. Visitors from around the world flock to capture a photograph with it and to make a wish by tossing in a coin. 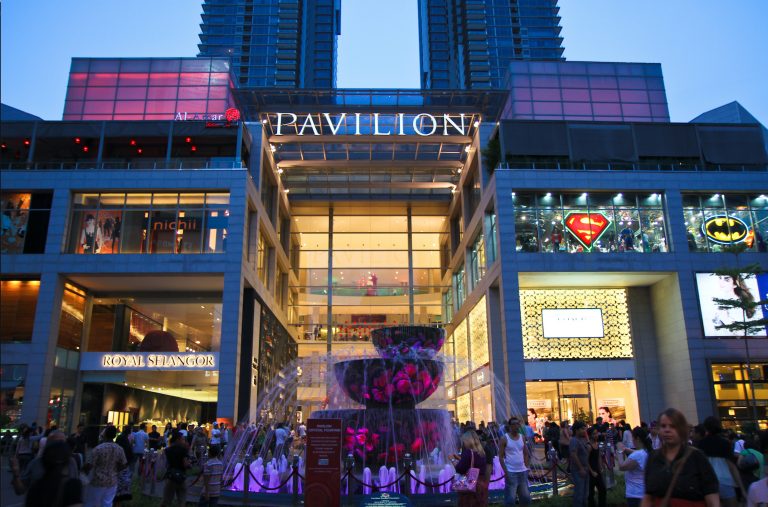 Pavilion is a renowned upscale shopping mall located at the beginning of Bukit Bintang street. The Liuli crystal fountain built at its entrance is the tallest of its kind in Malaysia and is considered a national landmark. Visitors from around the world flock to capture a photograph with it and to make a wish by tossing in a coin.

Getting Around On Foot:
KLCC to Bukit Bintang Walkway

Similar to Hong Kong’s Central Elevated Walkway connecting The Landmark to IFC, Kuala Lumpur has its own KLCC to Bukit Bintang Walkway, a 1.173km covered and air-conditioned pedestrian footbridge network spanning KLCC. Built in 2012 by the Malaysian oil and gas conglomerate, it connects Pavilion all the way to the Petronas Twin Towers, the two major retail quarters in the city, with in-between connections through several commercial buildings. It takes approximately 15 to 20 minutes to walk the full length. Connecting buildings include the KL Convention Centre and Suria KLCC. It serves as a convenient, safe and comfortable alternative to public transportation or private car to get around the city. 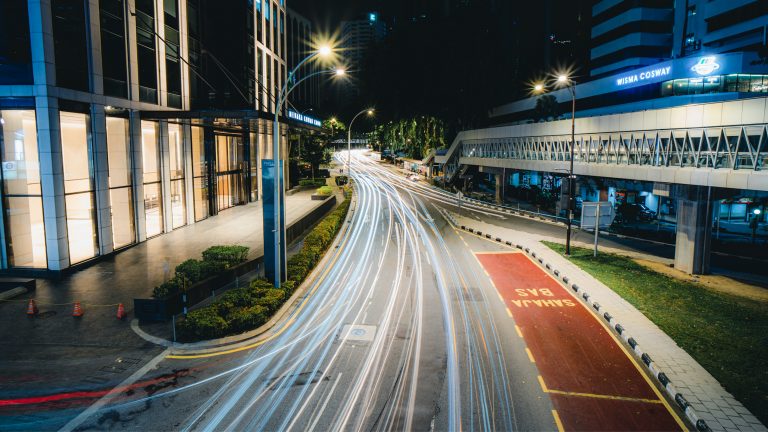 The KL City Walk is another pedestrian friendly covered bridge within KLCC. The 500m urban street arcade located parallel to Jalan Pinang and Jalan Perak and perpendicular to Jalan P. Ramlee serves as a fun F&B, retail and entertainment strip. It is accessible via the abovementioned KLCC to Bukit Bintang Walkway where Pavilion Kuala Lumpur links to the KLCC Convention Centre. It is split into three sections:

Relevant to KLCC are MRT Lines 1 (Kajang Line) and 2 (Putrajaya Line), that connect the city to other densely populated neighbourhoods in Kuala Lumpur.

Completed in 2017, MRT Line 1 stretches from Sungai Buloh to Kajang. In particular, it serves the Bukit Bintang area (the Lot 10 shopping mall is closest to the station), TRX and the Cochrane/Maluri area.

Phase 1 of MRT Line 2 is to be completed in 2021. It connects TRX (integrated station with MRT Line 1), the Jalan Conlay area, Persiaran KLCC and Ampang Park – areas that are currently not pedestrian friendly. 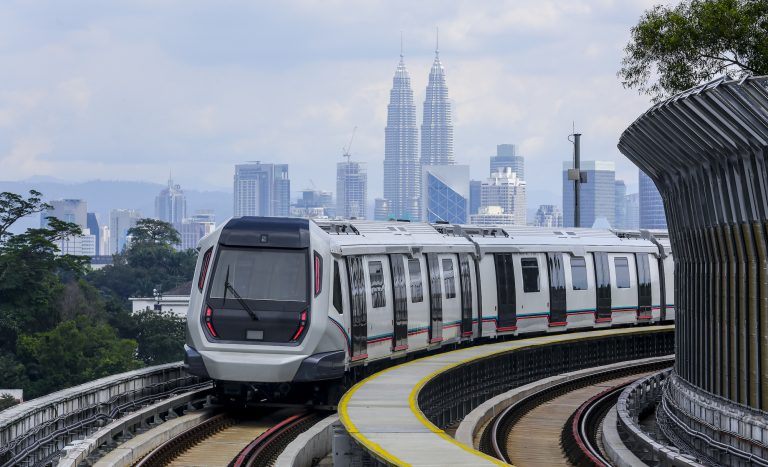 Properties in the Jalan Conlay area are mainly residential. The location advantages of purchasing a property in Conlay is its close proximity and walkability to main commercial precincts such as Bukit Bintang. With the new addition of its own Conlay MRT Station and the integration with property developments, the area will be more attractive to homebuyers and investors and will add premiums to the developments. At 8 Conlay, a unique branded residence titled YOO8 Serviced by Kempinski with interiors crafted by Kelly Hoppen for YOO and full hospitality service by Kempinski Hotels; only a 3-min walk to Pavilion Kuala Lumpur and 5-min to the Conlay MRT Station.

Jalan Alor is known for its local cuisine, street food stalls and Chinese seafood restaurants open till late, a favorite food place for locals. Located right behind Bukit Bintang, you can get affordable snacks, noodles and desserts here. It is a character street filled with fluorescent lights and plastic tables and chairs. The closest form of public transportation to Jalan Alor is by monorail, exit at the Bukit Bintang station. 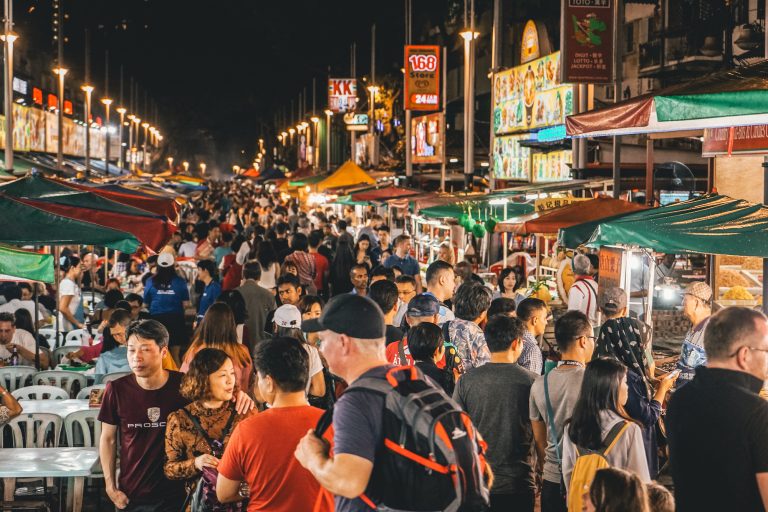 The Petronas Twin Towers are an iconic landmark in Kuala Lumpur, featuring two 88-storey towers, the tallest twin skyscrapers in the world. The sky bridge that links the two towers on the 41st and 42nd floor is the highest two-storey bridge in the world. Built in 1993, this mega project was commissioned by Tun Dr. Mahathir Mohammed to symbolize Malaysia’s importance as a global power in the 21st century. Tower one hosts the headquarters of the Petronas oil and gas company. Offices in tower two are leased out to some of the largest companies in the country, including Huawei Technologies, Bloomberg, Boeing, IBM, McKinsey & Co., Aveva, Microsoft and Reuters. 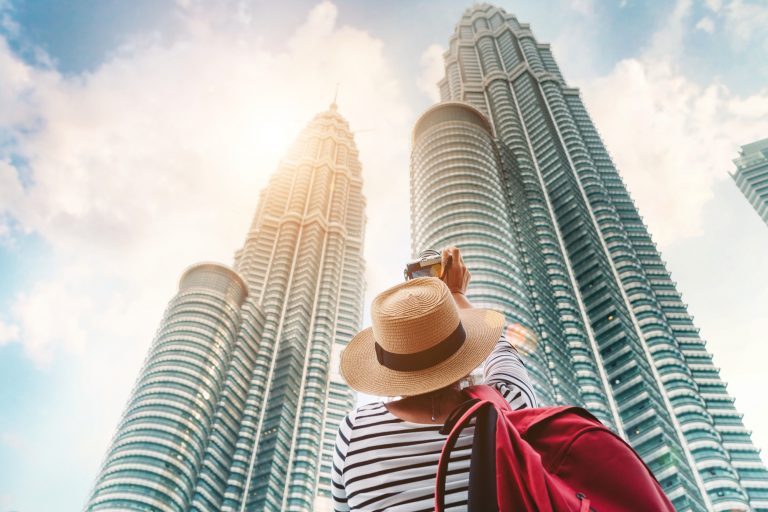 At the base of the Petronas Twin Towers is the six-storey Suria KLCC shopping mall, home to 320 luxury brands and mid-range retail shops. It houses multiple tourist attractions, including the Aquaria KLCC oceanarium with 5,000 land and aquatic creatures, the Petrosains science and technology museum, Dewan Filharmonik Orchestra – Malaysia’s first concert hall for classical music and Petronas Art Gallery. The mall overlooks beautiful views of KLCC Park and Lake Symphony. You can reach Suria KLCC by LRT (KLCC LRT station). 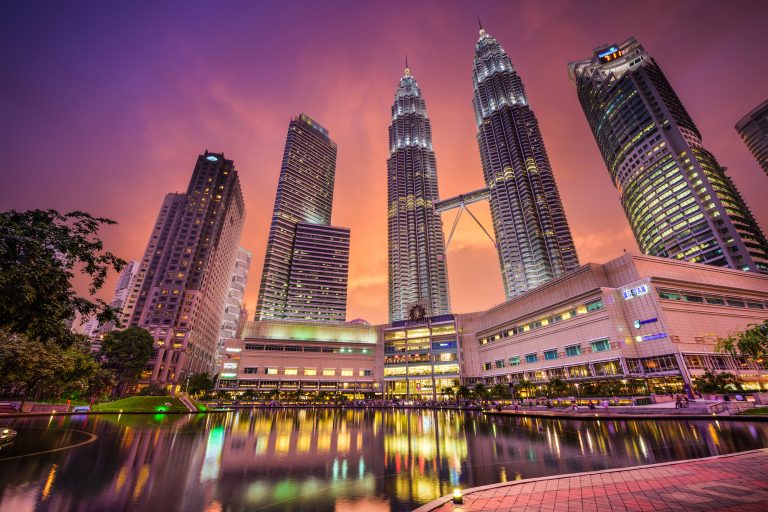 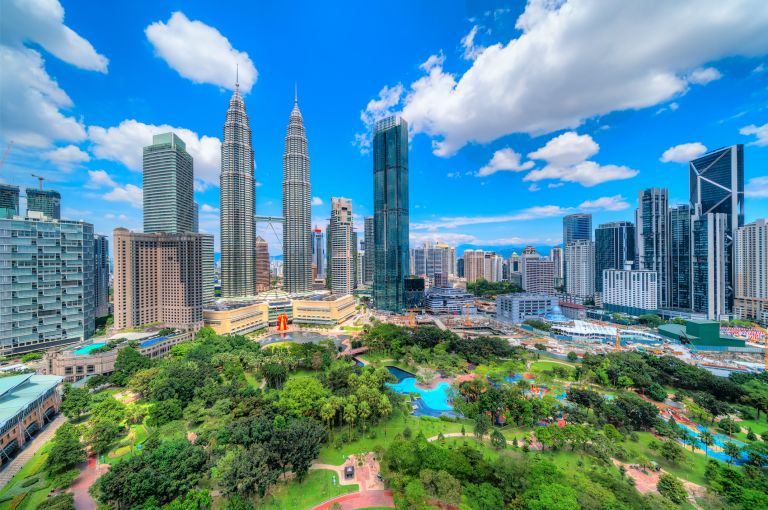 Menara KL Tower is one of Malaysia’s most popular landmarks. It is 421 high and is ranked as the seventh tallest free standing tower in the world. It has the highest open to public viewpoint of 276m in Kuala Lumpur and is known to have a much better view than the Petronas Twin Tower’s viewpoint (100m higher). Used as a communications tower, Menara KL Tower broadcasts free-to-air television stations. The Atmosphere 360 revolving restaurant is located in the building where you can enjoy a nice meal. 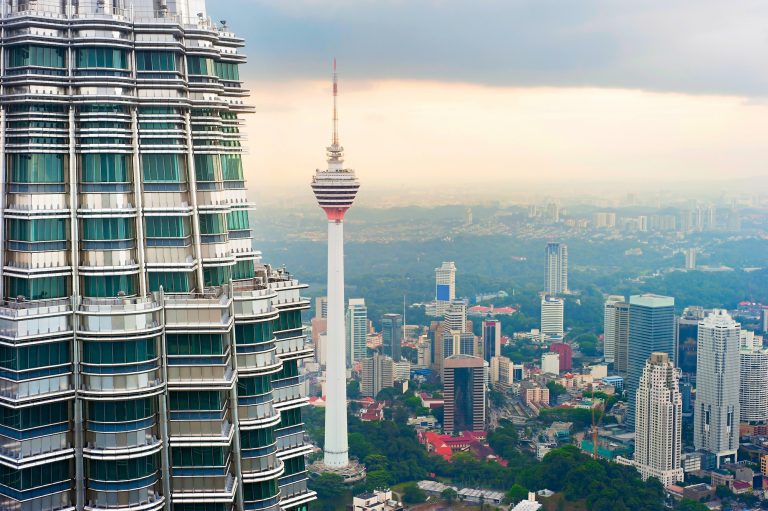 Inquire on our Malaysia property offerings 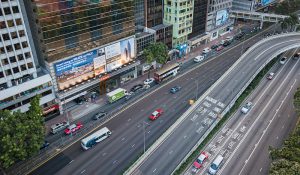